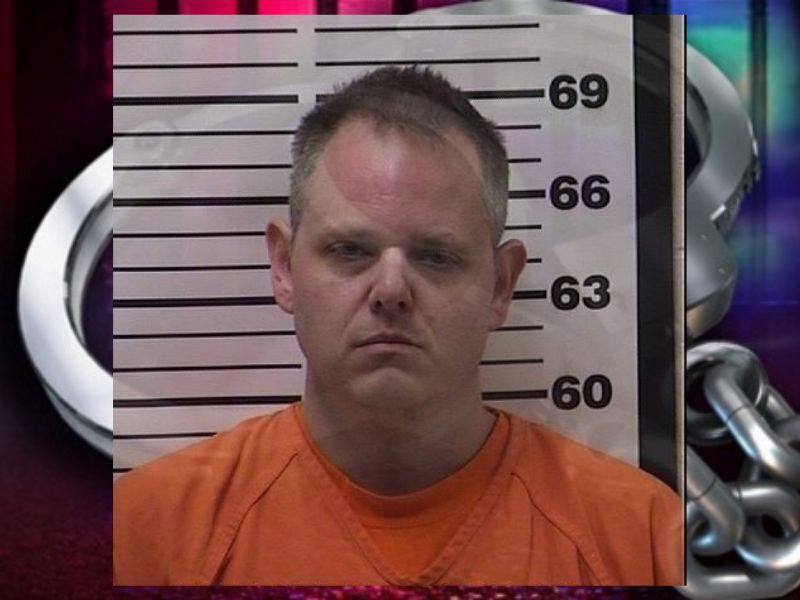 BARRON COUNTY  – Criminal charges have been filed against Jason Bowers, of Rochester, MN, following his arrest in Cumberland, WI for allegedly using a computer to facilitate a child sex crime, and attempted sexual assault of a child.

Bowers was arrested on June 2, 2022, after he allegedly drove 2.5 hours to meet with a person that he thought was a 15-year-old female for the purpose of having sexual contact.

While an Officer for the Cumberland Police Department was conducting an undercover online investigation, they saw an online personals ad titled "Daddy for Little (Rochester)", on May 24, 2022. The Officer sent a response to the ad using their undercover email address and soon received an email in return inviting the undercover officer to communicate further with someone using the username ‘Daddy Bull’ via a social media messaging app.

During the course of the subsequent undercover operation, ‘Daddy Bull’ sent multiple photos of himself in different locations to the undercover officer. The male subject that was later taken into custody in Cumberland, WI, on June 2, 2022, was the same subject from the photographs that "Daddy Bull" had sent and was identified by a Minnesota driver's license as Jason Bowers.

The criminal complaint filed against Bowers details a series of conversations that allegedly ensued between Bowers and the undercover Officer during which Bowers asked numerous questions about the undercover’s age, what school she went to, where she worked, and requested a phone number, and requested to video chat.

The undercover officer advised that the ‘female’ was “almost 16” providing the name of 'Jessi.' Bowers responded that he didn’t know if that was “legal in MN” and that he thought “your email said 18”. The Officer responded, “no, you never asked lol."

On May 25, 2022, after numerous exchanged messages during which a time for a phone call was agreed upon between Bowers and the undercover officer, the officer received a phone call from a restricted number. The caller was a male who asked, “is this Jessi”? The officer responded yes, to which the male responded that he was “Daddy."

The officer received additional phone calls and messages allegedly from Bowers with further requests for a video chat. According to the criminal complaint, Bowers sent a photo of himself in a hospital wearing a doctor's gown, hat, and medical mask with the caption, “Could play doctor."

The criminal complaint details further conversations during which Bowers talks about the difficulties of scheduling a trip to Cumberland, stating that it will be a 2.5-hour trip and that he has to be available to pick up his children. He also allegedly made multiple statements that he was concerned about getting into trouble due to the young age of the female that he thought he was meeting.

On June 2, 2022, the undercover officer received another phone call allegedly from Bowers. After a lengthy conversation during which Bowers questioned the undercover officer once more about prior sexual experiences and what kind of birth control was being used, it was ultimately agreed that they could meet near the residence of 'Jessi.'

The criminal complaint against Bowers states that Officers of the Cumberland Police Department along with Agents of the Wisconsin Division of Criminal Investigation were situated in the vicinity of the address which was supposed to be the residence of 'Jessi.'

Around the arranged meeting time, a gold-colored SUV was spotted arriving and parking. The registration of the plates returned to Jason Michael Bowers, with a date of birth of 7/20/1979, from Rochester, Minnesota.

The undercover officer received a message from Bowers instructing ‘Jessi’ to “come outside the apartment”. A male exited the vehicle and walked towards the residence and then back to the vehicle. The officer sent a message asking if he was going to park, and received messages stating “open your garage”, "Walk out to the street. Come say hi."

Officers and Agents converged on the vehicle and Bowers was taken into custody. Bowers’ vehicle was searched following his arrest and found inside the vehicle a loaded Smith & Wesson 9 mm handgun, a small amount of suspected marijuana, and lubricating jelly.

Bowers is charged with Class C Felony Use a Computer to Facilitate a Child Sex Crime and Class C Felony Attempt 2nd Degree Sexual Assault of Child. If convicted as charged, Bowers faces a possible maximum sentence of 60 years confinement in state prison.

Online circuit court records show that Bowers appeared for a hearing in Barron County Circuit Court on June 6, 2022, and the Hon. James Babler ordered a $2,500 cash bond with conditions that Bowers have no contact with minors under the age of 18 except his own children. Bowers is scheduled to have a preliminary examination hearing on his charges on June 13, 2022.