When the sun dawned on February 18, 2016, it was like any other day for Kevin and Valerie Evensen 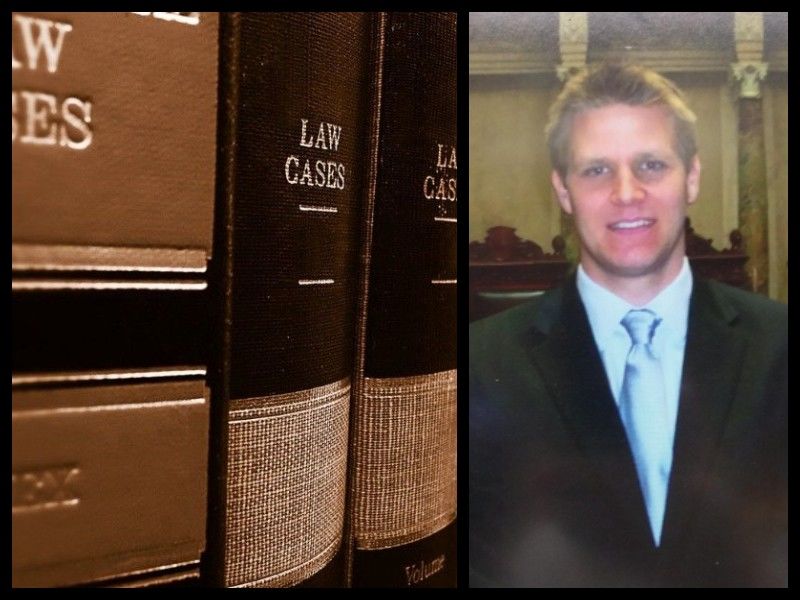 SAWYER COUNTY -- When the sun dawned on February 18, 2016, it was like any other day for Kevin and Valerie Evensen. By the time the day ended, their world had been turned upside down, and they found themselves facing an uphill legal battle that pitted them against a multi-million dollar finance company.

On that fateful day, Valerie got up, went through her morning routine, got in her car and drove to work. It was the car, a 2007 Chrysler 300, that would be responsible for a three-year legal battle that was only recently resolved.

"It felt like a big relief, like the three years that we fought this was well worth it," Valerie said after the verdict was read. Those feelings were in stark contrast to what she felt three years ago.

"Disrespected, humiliated," Valerie said, recalling that day. "It was done at my work. I was upset, very upset. It shouldn't have happened the way that it did."

Valerie works at a dental clinic in northern Wisconsin. She relies on her car to get her to her job. The car had been purchased in December of 2013 via a loan, and the Evensens had made monthly payments for over a year. Unfortunately, they fell on hard times, and by April of 2015 they missed their first payment.

"They were not easy to work with, and that was the reason why it was derailed," Valerie explained. "I had set up a few online payments in good faith, because I thought we would have the money to make the payments with Heights, and for some reason or another, I had to cancel the payments."

This resulted in Monroe locking Valerie out of her online account, and with the threat of multiple overdraft fees looming, Valerie was forced to cancel online payments, though she continued to try to find ways to resolve the matter.

Unhappy with the progress of the car payments, Heights Finance chose to repossess the Evensens' car, and take their 2012 Palomina Puma Series motorhome, which had been used as collateral when the Evensens applied for the car loan. To that end, Heights Finance hired Greg Kuklinski, who owns and operates Greg's Towing and Repair.

At the time of hiring Kuklinski, Heights Finance had extensive written policies on the hiring, training, and supervision of their vendors. These written policies were in place, but not yet implemented to Greg’s Towing and Kuklinski.

"He had never taken any course or training - he was just a man with a wrecker," said Matt Lein, a lawyer with the Lein Law Offices in Hayward, Wis. Lein had joined Zeshan Usman and Nathan E. DeLadurantey almost a year ago, and together they formed the Evensens' legal team. "There's training courses to teach repossession agents without disturbing the peace. They are available, Heights Finance simply did not look for one. In other words, they chose price over quality."

On February 18, Kuklinski drove to Valerie's place of work and informed her that he was going to repossess her car. Valerie pleaded multiple times with Kuklinski not to take her car.

Kuklinski ignored Valerie's pleas, and pointed to a police car parked at a nearby hospital, and lied to Valerie, telling her that he had already spoken to the police officer. Kuklinski said that if she did not want any problems or embarrassment at work by having the police come and get involved that she would need to give him the car keys.

Valerie never consented to allow Kuklinski to take her car, and only after the threats, intimidation and lies did she reluctantly hand over her keys. Valerie called Kevin and asked him to pick her up and take her home.

Upon arriving at home, they found an even worse scene. Their property had been trespassed upon, and their motor home taken by Kuklinski. But with snow piled high, Kuklinski had unlawfully entered the Evensens' pick-up truck, plowed out a path, and taken their property.

Afterwards, Valerie admits she and Kevin were in a state of disarray. "I guess I just didn't know what to do," Valerie said. "I knew that what they did wasn't legal, but I didn't know the specifics on how it wasn't legal."

With a net worth of nearly a quarter of a billion dollars, Heights Finance hired Husch/Blackwell a well-known law firm that has a stable full of seasoned lawyers, some of whom had even tried before the Wisconsin Supreme Court. Heights Finance and their legal team attempted to bury the case under a series of never ending motions before it could ever have a chance to grow.

"It felt like it was me against Heights Finance . . . I knew my testimony was true, and if the jury could see the truth that we would have no issues," Valerie said.

For Lein, even though Heights Finance boasted practically unlimited resources at their disposal, he knew the law was on his clients' side. "It doesn't matter where you studied at or tried before the Supreme Court, it's the law itself that is paramount," Lein said. "In this case, all of those millions of dollars were for nothing because we had the law on my side, and so did the Evensens."

When Lein was brought on to help with the workload that Heights Finance created, the case seemed cut and dry. Not that it didn't surprise him when he read the details.

"I was shocked at the repossession agent's actions and I was further shocked that Heights Finance would support such actions," Lein said. "It was the right thing to do to stand up for these people against this multi-million dollar company."

Heights Finance and their legal team continued to draw out the process, using motions to slow things down. Thankfully, the Evensens' had hired a good team, and they pushed past the paperwork.

"They were the most important part of the whole case, they knew everything," Valerie said about Lein, DeLadurantey and Usman. "I was really proud of them, from the opening statements to closing statements. They were by far well above the Heights Finance legal team."

Heights Finance eventually lost a motion to dismiss, and the case went to trial.

The jury felt the same way, and after just two hours, a relatively quick deliberation, the Evensens were vindicated. For Lein, looking at the big picture, he sees the verdict as something more.

"This case shows that just because you are a large company with massive assets, doesn't mean that you can't fight back and win," Lein said. "Heights didn't think they were wrong - the jury told them different. People have options, they simply need to exercise their rights."

This was perhaps the biggest lesson the Evensens' learned, and one that Lein wants more people to be aware of.

"Two things usually stop people from contacting a lawyer," says Lein. "One is embarrassment and, two, they don't know what their rights are. If you get behind and you're losing your car, you still deserve respect during the repossession process. Creditors must treat you with dignity, if not, there's people out there who can help."