A concerned citizen observed suspicious activity at the end of a driveway and called the Burnett County Sheriff's Office to investigate. This citizen had been the victim of a previous burglary. When the citizen confronted the suspects, they fled on foot.

Deputies arrived on scene and located the suspect vehicle, which had been abandoned. The vehicle contained burglar tools, meth and drug paraphernalia. 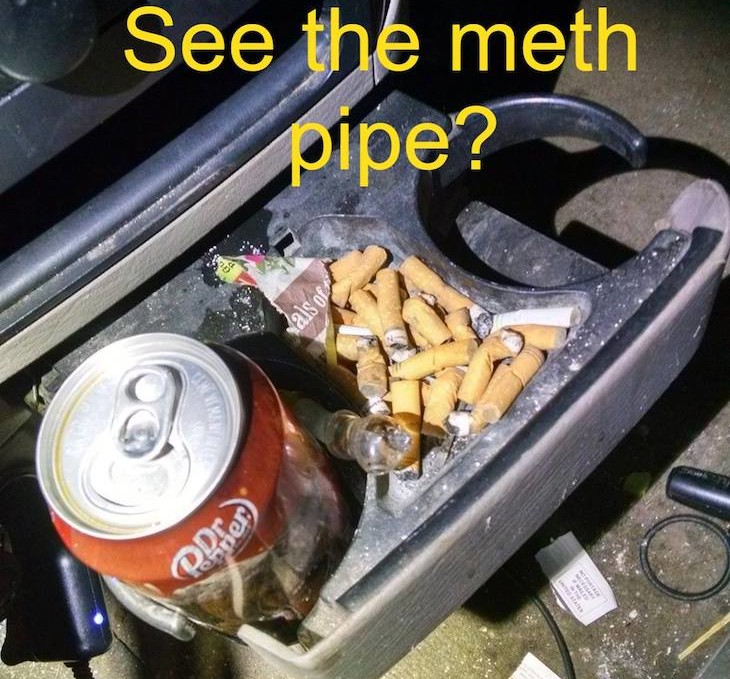 One of the meth pipes had been made from a "Pops" brand cigar glass tube. These cheap cigars are marketed in glass tubes and meth users throw away the cigar and convert the glass tube into a "bubble" pipe. "Pops" are sold over the counter at stores throughout Burnett County. An anonymous source reported that "Pops" outsell every other cigar on the rack. This story exemplifies the saying "If you see something, say something" and is another great example of concerned citizens working with local law enforcement to make a difference.

This incident is still under investigation and no names have been released.