Since 2015, the Barron County Emergency Response Team has been summoned to 19 high-level critical incidents in Barron, Rusk, Polk, and Eau Claire Counties (2015 – 10, 2016 – 8, 2017 – 1). This year there has been only 1 call out even though this past June the Sheriff’s Department purchased a 2005 Lenco G1 BearCat from the LaCrosse County Sheriff’s Department. That vehicle, which was struck multiple times during a stand-off in 2008 near Viola (WI), was purchased by the Barron County Sheriff’s Department and recently repainted, including re-surfacing the areas struck by gunfire during the Viola incident. 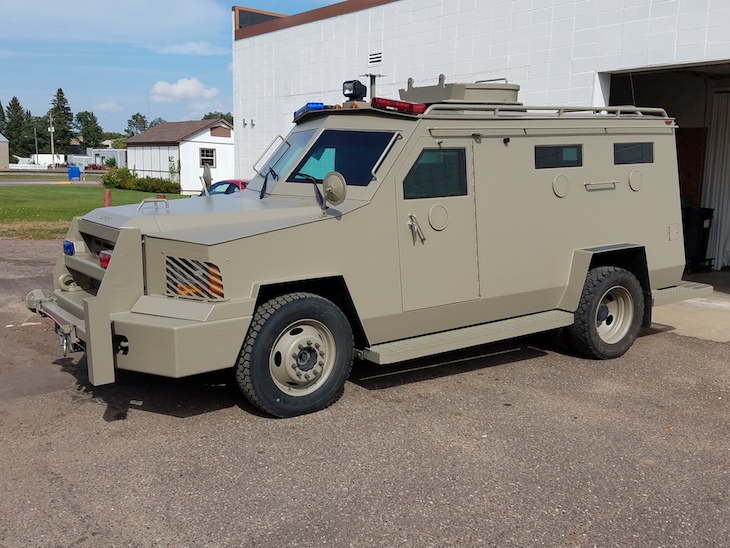 The BearCat, which is capable of withstanding high powered rifle round blasts, will replace the current PeaceKeeper that was manufactured primarily to withstand handgun round blasts. The Peacekeeper will be turned over to the Rusk County Sheriff’s Department, which at this time does not have an armored vehicle. 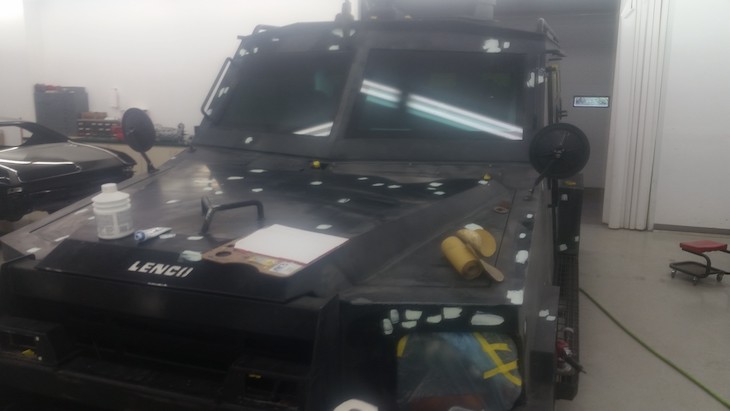 According to Captain Ron Baures who is also the team Commander, after the Sheriff’s Department received the BearCat, arrangements to re-surface and re-paint the exterior were discussed with local business owner Bob Lorkwoski of L’Cars in Cameron and Bruce. Lorkowski agreed to donate the time to prep, re-surface, and paint the armored vehicle. Sherwin Williams of Rice Lake donated the high-end industrial paint while Mattson Spray Equipment a part of Rice Lake Weighing Systems in Rice Lake, donated the use of special equipment used during the painting process.