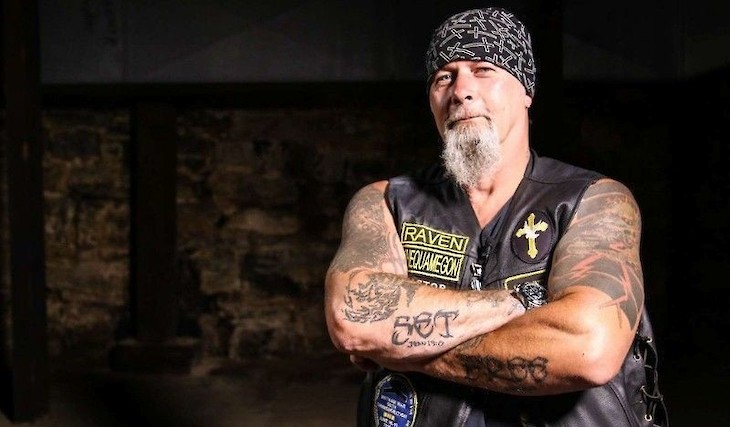 In the last 3 weeks we covered Abram coming to Lot’s rescue, and with a pathetically small army of his own men, was victorious over some pretty overwhelming odds.

News of Abram’s victory spread quickly. And while bringing Lot and his family back to their camp near Sodom and Gomorrah, 2 kings came out to greet Abram - 2 people who could not have been more different.

The first king was Melchizedek. Melchizedek’s name means ‘King of Righteousness,” and the name of his city, ‘Salem,’ means: ‘Peace.’

The king of Sodom, on the other hand, ruled over a territory that has become a well known word in the language of abominations.

Melchizedek came as the high priest of the God Most High and offered Abram the priestly elements of life: bread and wine, and, as a priestly act, pronounced a blessing upon Abram and praised God for Abram’s victory. “Blessed be Abram by God Most High, Creator of heaven and earth. And praise be to God Most High, who delivered your enemies into your hand.” (Gen. 14:19-20). Notice how Melchizedek gave ALL the glory to God for the victory!!

By contrast, the king of Sodom came with words that were almost rude. He offered no thanks to Abram for being rescued and definitely didn’t acknowledge God’s role in the victory. He basically said, “Thanks for rescuing my subjects. By the way, feel free to keep all the stuff you recovered. He saw it as a simple human victory with the normal human consequences.

The other contrast between these 2 kings came in the working out of the principle of Gen. 12:3, “I will bless those who bless you, and whoever curses you I will curse.” Melchizedek came graciously to Abram and received a blessing from him, a tithe of everything he captured.

The king of Sodom, however, simply hammered another nail into the coffin whose lid would soon slam shut.

Even before hearing the king of Sodom’s offer, Abram had already decided what he was going to do with the spoils of his victory. Behind him, a caravan probably stretched for miles bearing all the loot from a dozen cities. The wealth would have been staggering. This is the second time Abram was put in this position with the temptation of wealth.

Even so, he obviously valued his integrity more. He said: “With a raised hand I have sworn an oath to the LORD, God Most High, Creator of Heaven and earth, that I will accept nothing belonging to you, not even a thread or the strap of a sandal, so that you will never be able to say, ‘I have made Abram rich.’ I will accept nothing but what my men have eaten and the share that belongs to the men who went with me...”

Abram wanted to leave no question in anyone’s mind that he had been blessed by God, not by some messed up king from Sodom. Abram brought his victory into perspective. While men may give glory to men, the saint must give the glory to God for any victory ultimately is His, not ours. To guard his own honor and to preserve God’s reputation, he accepted nothing for himself except reimbursement for expenses.

Wow! What spectacular model of great-heartedness, and the absence of greed and an integrity beyond reproach! Abram took the way of faith in all this! Abram recognized the victory was God’s by offering his representative a tenth of all the spoils. The rest - apart from the rightful share of his allies - he returned to the king of Sodom.

Faith chooses to receive God’s blessings - intangible as that may be - rather than be rewarded materially by the wicked.

Unlike Lot, Abram was still committed to the way of separateness. He trusted God to deliver in His own time and in His own way, the riches of the promise.

But come on, Abram MUST have at least been tempted to take matters into his own hands! It had to be in the back of his mind to take a shortcut and seize what God had promised. The Promised Land now lay at his feet. It looked as if he could seize a large part of it and possess both people and land. Satan must have been whispering to him, as he would later to Jesus: “All these I will give to you, if you will fall down and worship me” (Matt. 4:9). But he did not break, he trusted the Lord and the Lord’s timing.

Even great men and women of God struggle with temptation. Even wealthy people can be lured by the prospect of more riches. Think of the many things that could have been going through Abram’s head at this time (because it goes through ours!):

Look at all the good he could do with all that wealth... He could really bless the socks off the loyal servants who had followed him into battle against overwhelming odds. He could buy a walled city and settle down, trading his life of wandering for a safe, permanent home.

He knew what he was giving up. And while he held to his own personal conviction, he didn’t force others to do the same.

Three local leaders had joined his mission - Aner, Eshcol, and Mamre, and he allowed them to take their share.

Against a backdrop of a chaotic society and seedy characters, Abram stands out as a truly great man. In him we see genuine unselfishness, self-sacrifice, an absence of greed and gentleness. But we can boil all that down to a single word: HUMILITY. Abram had this quality about him abundantly.

Do you know people who are rich and powerful? What is their typical demeanor??

Though Abram was very rich and very powerful, and was even called by God “My friend” (Isaiah 41:8), he never became overly impressed with himself. He acknowledged his own failings and helped others overcome theirs. He also dealt righteously with unrighteous people. Maybe all those great character qualities explain why true greatness is so rare?

Perhaps more than anything the events in Genesis 14 provides us with a divine commentary on the decisions made in chapter 13.

Lot chose Sodom and self-interest, and nearly lost everything because of it. Abram chose to pursue peace and thereby was given a military victory. Lot relied on himself and became a slave. Abram trusted God and become a prominent figure among his brethren.

These passages also remind us of the sovereignty of God in the affairs of men. God is in control of history. The events which appear to be only secular often have a much deeper spiritual purpose and significance. What seems to be a tragic situation in which Lot is caught between two competing political systems is really the purpose of God being worked out for the benefit of two men (primarily), Lot and Abram.

And I was reminded by the appearance of Melchizedek that there are no “Lone Rangers” in the Christian faith. There are times when we feel as though no one else is keeping the faith, but such thoughts are self-deception. Here was a godly king/priest, Melchizedek, whom we have not seen before, nor after, but he is a true believer.

God works through men. While we may like to be self-sufficient, this isn’t God’s way. At a critical point in the life of Abram, God sent a man to set him straight and to keep him from taking success too seriously. Thank God for the men and women God uses in our lives, and for the fact that He uses us to minister to others at crucial times in life.

There is also the reminder that in the matter of giving and receiving, the most important issue is the glory of God. If we give to receive glory, our gifts are of absolutely no benefit. If we prosper at the hand of those who reject God and who take the glory themselves, God’s glory is veiled to men.

We need to be most cautious in matter of money and material things. Some may take money, even from the devil, but Abram would not.

Finally, this event provides us with a beautiful illustration of the salvation of God. Lot chose to go his own way, seeking his own interests over the promise of God to bless men through Abram. As a result of his self-seeking, Lot had to face the consequences of his sin. Rather than peace and prosperity he found shame and slavery. At the point where Lot was able to do nothing to correct his errors or to free himself from bondage, Abram, at great personal risk, won the victory and won his release.

Saving Lot was perhaps the sole reason for Abram’s daring rescue. In spite of Lot’s disregard for Abram, Abram rescued him from the consequences of his own sin.

Join us next week as we look into into this character Melchizedek in more detail. Blessings to you all.