Early morning crash claims the life of one man 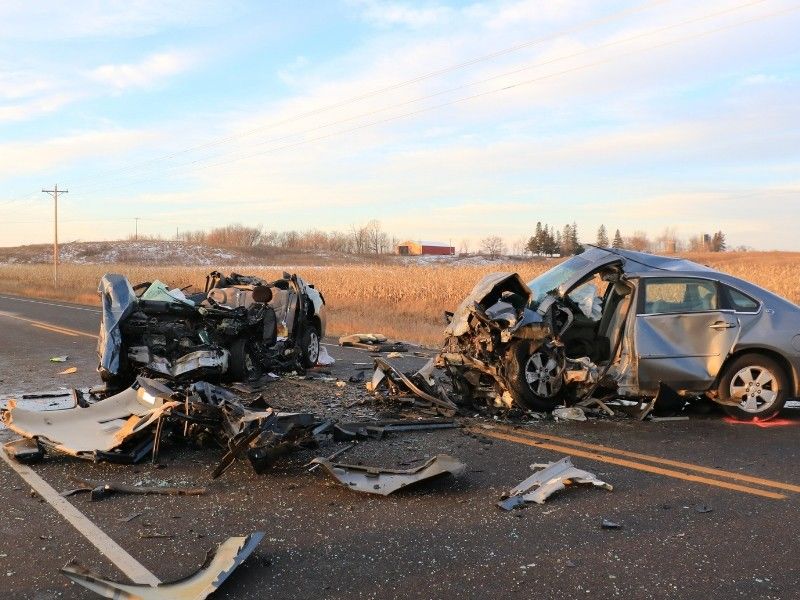 POLK COUNTY -- A crash early this morning in Polk County on Highway 35 has claimed the life of one man, according to a press release from the Polk County Sheriff's Office.

(Press Release) -- On Tuesday, December 18th, 2018, at 4:34 am, the Polk County Sheriff’s Office Dispatch Center received a report of a crash on Hwy 35, approximately one quarter mile north of 140th Ave, in St Croix Township, Polk County, WI. It was reported there were serious injuries to the occupants of both vehicles.

Based on the preliminary investigation, it appears that Kenneth Joseph Jones of St. Paul, MN, was traveling north bound on Hwy 35. He was operating a 2004 Saturn Ion 4dr. As he was traveling, it appears his vehicle began to travel left of the center line. At that time, there was a southbound vehicle approaching Kenneth Jones’ vehicle. The southbound vehicle was driven by Dustin Joseph Coury of rural Balsam Lake, WI. Dustin Coury was driving a 2007 Chevrolet Impala 4dr.

Kenneth Jones was found to be deceased due to the injuries sustained in the crash. Dustin Coury did sustain severe injuries and was flown from the scene by an air ambulance. Coury’s medical condition is unknown to the Department at this time.

This matter will be further investigated by the Polk County Sheriff’s Office and the Wisconsin State Patrol.