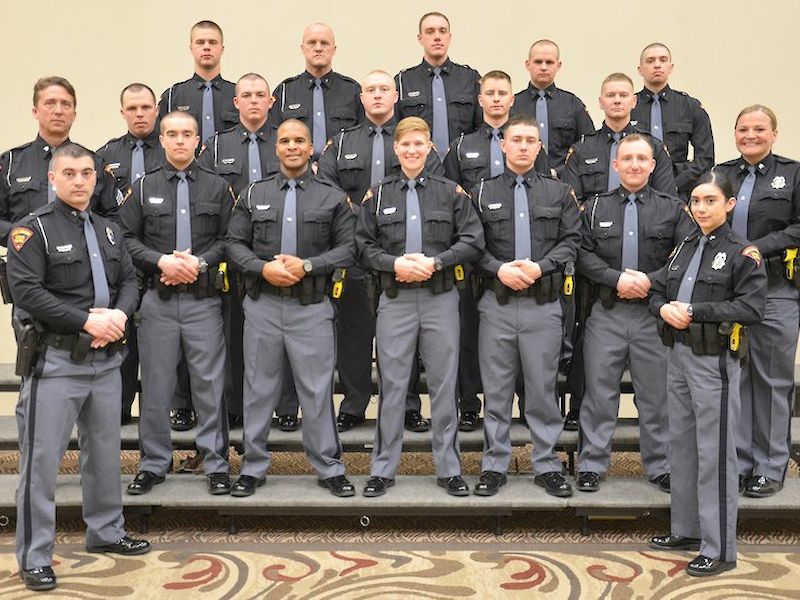 “We are extremely grateful for all the dedicated men and women who serve in uniform, including the new State Patrol troopers and inspectors we’re honoring today,” Governor Evers said. “All those who serve in the military and in law enforcement provide a tremendous service to their state and nation by helping keep the rest of us safe.”

The recent graduates have been assigned to work from one of the State Patrol’s seven regional posts. A total of 13 will begin their service as troopers with three working as inspectors. Troopers and inspectors have similar law enforcement authorities and frequently are patrolling highways, enforcing traffic laws and assisting stranded motorists. Inspectors receive additional training related to federal motor carrier regulations impacting large trucks, buses and other commercial motor vehicles, and often work at one of the state’s 13 Safety and Weight Enforcement Facilities.

“At the Wisconsin DOT, we have many responsibilities, but just one primary mission: public safety,” Wisconsin Department of Transportation Secretary-designee Craig Thompson said. “The outstanding men and women of the Wisconsin State Patrol are at the forefront of that mission and we thank them for their service.”

Below is a list of the new officers, their hometowns, positions and assignments. 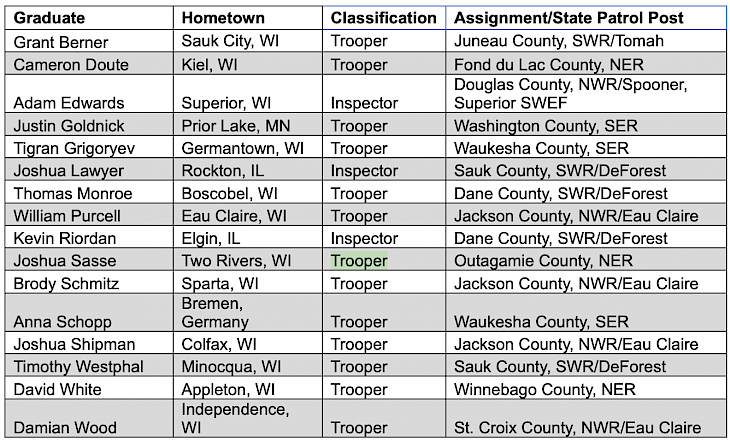