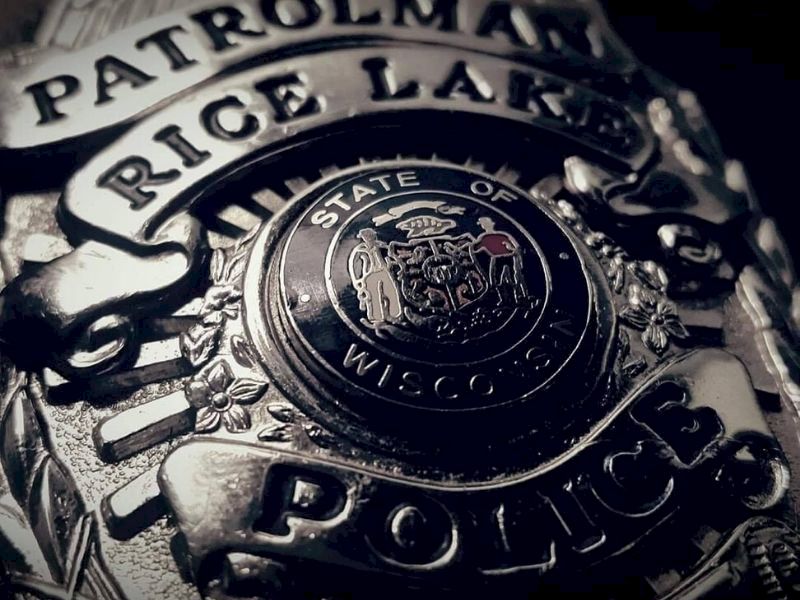 RICE LAKE, WI —  The Rice Lake City’s Personnel and Negotiating Committee (PNC) will be meeting next week to formulate a plan for a resolution after ten Rice Lake Police Officer’s signed a letter of ‘No Confidence’ in Police Chief Steven Roux.

On behalf of the Rice Lake Professional Police Association (RLPPA) and its members that proudly serve the citizens of this community, we respectfully request that you accept this letter as our formal notification that the RLPPA membership has overwhelmingly approved a Vote of No Confidence in Rice Lake Police Chief Steven Roux.

This measure came with great hesitation, and only after much discussion and consternation. We hesitate because we consider ourselves a team of dedicated individuals and it goes against our natures to draw public attention to the problems within our department. We also hesitate because we fully believe that if this letter does not have the desired effect, the current administration will undoubtedly respond with retaliation, whether overt or subtle. We may ultimately pay a high price for doing what we know in our hearts is the right thing for the City of Rice Lake, its citizens, and the selfless employees that work to keep our streets safe.

Over the past several years, we have been disheartened by Chief Roux’s actions and his management of our agency. He has tested our willpower and confidence in his skill to adequately lead this department. Under his leadership, the morale of the officers within our agency has plummeted to depths that we have not seen before. This has caused us to question his leadership and ability to effectively oversee the important work that we do.

During his tenure, we have seen numerous instances where Chief Roux has had information brought to his attention regarding employee issues and he failed to support or even acknowledge the issues raised. Chief Roux does not interact with his officers, and he actively excludes himself from participating in community events involving his own agency. We believe that this either reflects a serious disinterest on his part in the day-to-day operations of this department, or worse, that Chief Roux simply does not care a great deal about the dedicated officers under his command.

For example, Chief Roux has implemented a standard policy of reducing manpower to the point that officers are increasingly concerned for their safety and that of the people we serve. Additionally, specialized training has been severely curtailed under Chief Roux to the extent that nearly all of officer training is done “in-house” to reduce costs. This has drastically limited the working potential of our officers by not providing adequate and up-to-date training opportunities. In prioritizing cost-savings over our ability to maintain public safety, we fear that it is the people of this community and the officers that have sworn to serve them that are ultimately being short-changed. Regardless, any attempts by officers to convey their concerns on these issues and others are generally ignored or dismissed.

Since Chief Roux began as chief, the Rice Lake Police Department has lost five officers. Three of those officers left for other agencies and one had part-time employment as an officer in addition to a job in the private sector. Chief Roux’s lack of support and bullying behavior was a driving factor in at least three of the officer’ decisions to leave - including two investigators that had more than 40 years of combined service to this community. In addition, at least four other officers currently employed by our agency are actively seeking law enforcement employment elsewhere. In total, two-thirds of the department under Chief Roux’s leadership has either left the department or is actively looking to do so. This is simply untenable.

The foregoing examples represent a fraction of the issues that the RLPPA has with the leadership of Chief Roux. We maintain serious questions about his commitment to our department and the law enforcement professionals that work for it, and we have become convinced that he places his personal interests above all other considerations.

In closing, please know that we are not disgruntled employees. We are public servants who have given our hearts and souls to the citizens of Rice Lake, and who regularly risk their own safety to provide for the safety of our community. Due to the serious nature of our concerns and our sense of duty to the citizens of Rice Lake, we felt compelled to take this difficult vote and submit this letter. Our sole interest is to safeguard this community and the officers that serve it, and to protect our ability to provide our neighbors with the services that they deserve and have every right to expect.

Based upon the totality of the circumstances, we tender this letter of no confidence in Chief Steven Roux. We further respectfully request that the City conduct an investigation into Chief Roux’s capacity to effectively lead our agency, and that whatever appropriate remedial actions result from such a review to be taken to repair the morale of our officers, as well as their ability to do their jobs effectively.

The RLPPA and its members are willing to provide additional details should the City express an interest in learning more about our concerns, and we encourage you to contact our WPPA Business Agent, Jeryl Vonderheid, and he will help facilitate those interactions.

Please find attached a listing of the RLPPA members that adamantly support our Vote of No Confidence and the crucial need that things must change within our department.

Two of the Officers did not take part in the voting process due to still being on probation (employment less than one year). Of the remaining 12, 10 signed the letter.

The City's Personnel & Negotiating Committee issued the following statement to the press on April 15, 2020:

The City received a letter from the Rice Lake Professional Police Association. Members of the Personnel and Negotiating Committee and Mayor Diercks recognize the City has made many difficult choices and this places challenging demands on the Chief of Police, the officers, and all City employees. The Personnel and Negotiating Committee will reach out and meet with the President of the RLPPA to discuss the RLPPA’s letter and concerns and to receive constructive information. The PNC needs constructive information to consider the best course of action for the City of Rice Lake and for effective law enforcement services for our community. Mayor Diercks and the PNC are grateful for the hard work and dedicated service by the Chief of Police and our law enforcement personnel.

When reached for comment, Chief Roux provided DrydenWire.com with the following statement:

I appreciate the support that Mayor Diercks and the Personnel Negotiating Committee have in our Police Department’s members and in me. I am confident that the parties involved will address this matter in a proper manner. I will continue to fulfill my duties as Chief of Police to ensure the mission and objectives of the City are satisfied, and the law enforcement services provided to our citizens and visitors remain at the high level expected of us.

The PNC intends to meet next week to formulate a plan for a resolution of this issue which can then be recommended to the Council during their next meeting which is scheduled for June 9th.