18 states increased their minimum wage, providing over $5 billion in additional wages to 4.5 million workers across the country. In a majority of these states, minimum wage increases (ranging from $0.35 in Michigan to $1.00 in Maine) are the result of legislation or ballot measures approved by voters in recent years. Eight of these states (Alaska, Florida, Minnesota, Missouri, Montana, New Jersey, Ohio, and South Dakota) will have smaller automatic increases that adjust the minimum wage to keep pace with price growth. This automatic inflation adjustment preserves the buying power of the minimum wage, which has steadily eroded over time.

The map shows the value of the minimum wage increase and the number of workers directly affected in each state. (See data for each state.) 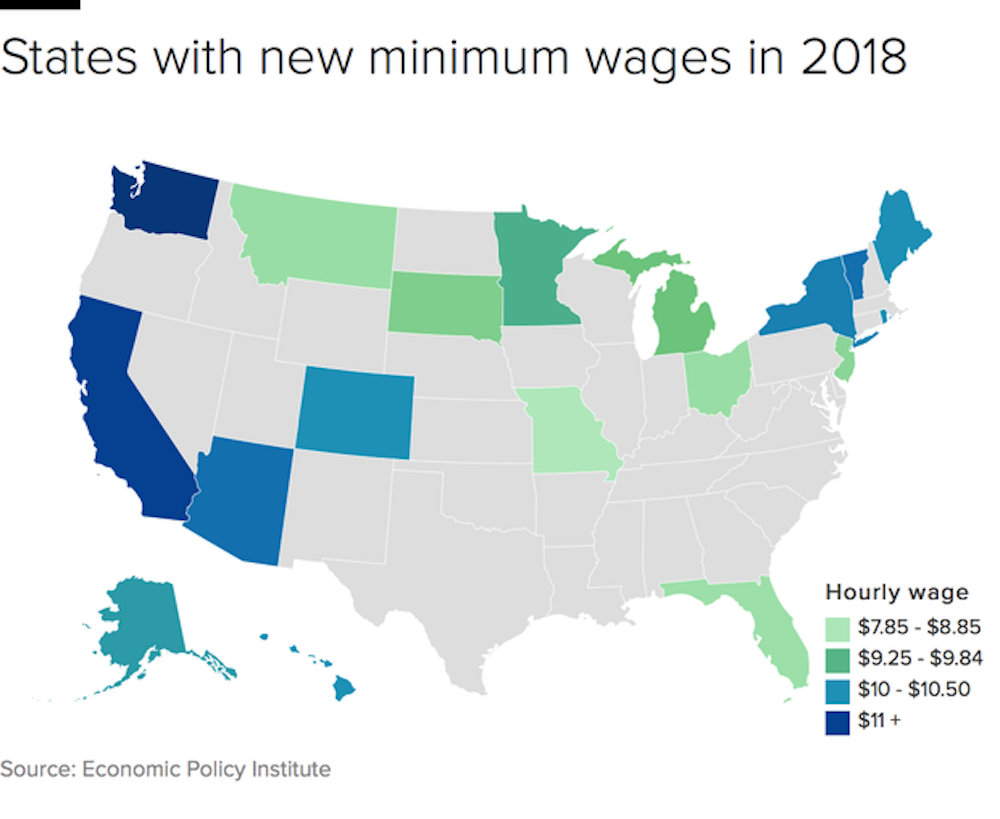 The federal minimum wage has not been raised since 2009. Relative to any of the most common benchmarks, such as the cost of living or average productivity, the current federal minimum wage of $7.25 is simply too low. If it had kept up with productivity since the late 1960s, the federal minimum wage would be worth about $19 an hour in 2018. In the absence of federal action, 29 states and the District of Columbia have raised their minimum wages above the federal minimum wage. Yet, in 21 states, workers are still paid at far lower wages than their counterparts a generation ago. Increasing the minimum wage is a crucial tool to help stop growing wage inequality, particularly for women and people of color who disproportionately hold minimum wage jobs. As low-wage workers face a growing number of attacks on their ability get a fair return on their work, Congress should act to set a higher wage floor for working people.