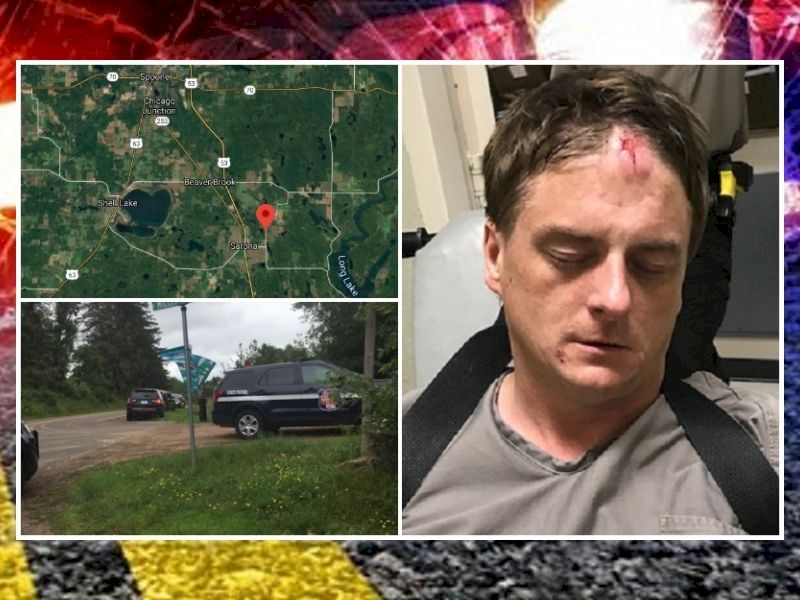 WASHBURN COUNTY -- Jason Paul Arnold, of Exeland, WI, has been arrested following a high-speed chase on Wednesday that started in Sawyer County and ended in Washburn County, according to a press release from the Washburn County Sheriff’s Office.

On July 22, 2020 Washburn County Sheriff's Deputies took lead on a vehicle pursuit when it entered into our county from Sawyer County. The individual driving the truck was Jason Arnold who has an arrest warrant issued by the US Marshalls.

The vehicle top speeds were 100 mph.

We were sucessful in deploying stop sticks and the pursuit ended on Miller Landing Road after Mr. Arnold struck one of the Washburn County patrol vehicles and pulled into a driveway.

Thank you to all agencies involved; Washburn County, Sawyer County and State Patrol. Approximate location of the arrest. DrydenWire.com will continue to follow this story and publish updates when more information is available. Criminal charges are expected to be filed soon.