"The script is… fine, with an emphasis on long-term storytelling." 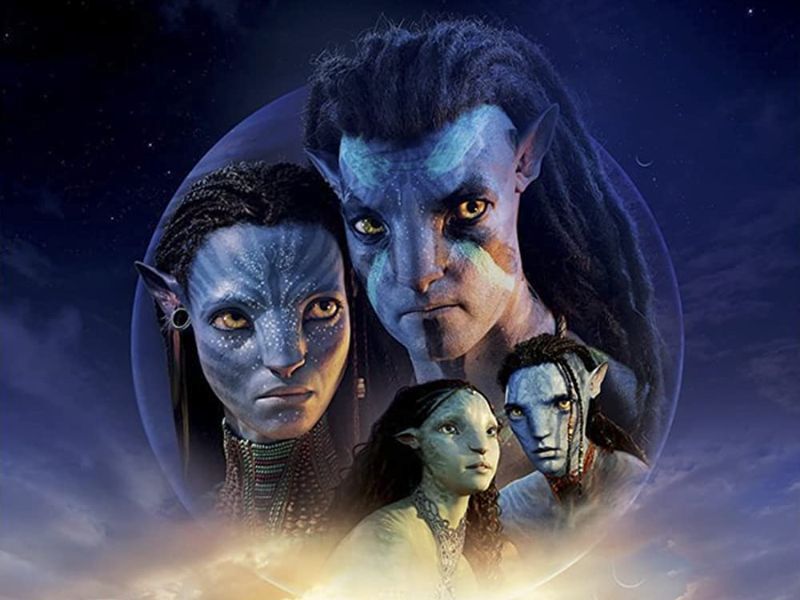 Back in 2009, director James Cameron gave the world “Avatar.” The film about a human going undercover as a member of the Na’vi race on the planet of Pandora only to side with the Na’vi against his greedy fellow humans brought the movie blockbuster to new heights. It was the first movie to gross over $2 billion at the worldwide box office. In fact, it currently sits atop the chart of all-time worldwide grossers, as long as one factors in four subsequent re-releases.

Creatively, critics and audiences alike were blown away by the film’s look, made with groundbreaking CGI, and the film won Oscars for its Visual Effects, Art Direction, and Cinematography. But there was some grumbling about the story, with unfavorable comparisons to “Dances with Wolves,” among other sources. Over time, those quibbles have only magnified as the luster of the look has faded away while the story remains the same. Now after 13 years there’s a chance to return to Pandora with “Avatar: The Way of Water,” but is it a trip worth taking? Was the original even a trip worth taking? My answer is a resounding “Yes!” – it was then, and it is now.

The new film follows Jake Sully (Sam Worthington), now fully a Na’vi, and the family he has started with wife Neytiri (Zoe Saldaña). They have two teenage sons (James Flatters and Britain Dalton), a biological daughter (Trinity Jo-Li Bliss) and an adopted daughter (Sigourney Weaver) whose mother was the late Dr. Grace Augustine (Weaver) from the first film. Actually, they might as well have five kids, because a leftover human named Spider (Jack Champion) follows them around everywhere.

The family’s life on Pandora is going great until humanity returns. No longer content to take the planet’s natural resources, this time the humans want a new place to live since they’ve made an irrevocable mess of Earth. Apparently asking the Na’vi nicely to share the planet is out of the question, so the humans’ mission is to neutralize the natives. Leading the charge is the Na’vi avatar of Quaritch (Stephen Lang), the villain from the first movie. Apparently he made a backup of himself before his human body was killed. The movie basically asks, “Do you want Stephen Lang back as the villain or not?” I do, so I’ll forgive the convoluted explanation.

Jake knows he’ll be targeted by Quaritch and the humans, so he and his family decide that they can no longer live in their ancestral home. They bid farewell to the tree tribe and go to live with a reef tribe. They aren’t exactly welcomed by the new tribe’s leaders (Cliff Curtis and Kate Winslet), but they are at least allowed to stay, even though they are all treated like outcasts. Still, it’s only a matter of time before they are hunted down by the humans with the help of a captive Spider, Quaritch’s biological son.

The story is strictly secondary in “Avatar: The Way of Water.” The real star is once again the breathtaking visuals, this time with an emphasis on sea creatures and underwater plant life, though there’s plenty of eye candy on land as well. After years of filmmakers getting complacent with sometimes-shoddy CGI effects, it’s nice to see Cameron bring them back to their full potential. The film is sure to win technical Oscars again, and it might be able to play in the big categories as well (it’s already nominated for Best Picture – Drama and Best Director at the Golden Globes). The script is… fine, with an emphasis on long-term storytelling, i.e. mysteries go unsolved in this movie so they can come into play in a sequel down the line. We’re going to be getting several more “Avatar” movies in the coming years, and I look forward to seeing if the franchise can redefine the blockbuster all over again.

“Avatar: The Way of Water” is rated PG-13 for sequences of strong violence and intense action, partial nudity and some strong language. Its running time is 192 minutes.