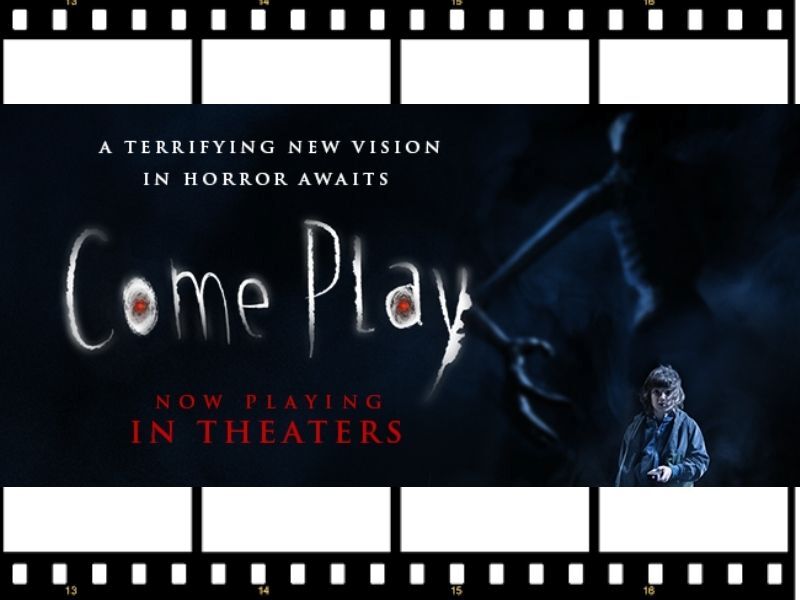 "Come Play” finds itself in the plum position of being the hottest new theatrical horror release of Halloween 2020. It accomplishes this goal by being the only new theatrical horror release of Halloween 2020. And I have to ask: how did this film in particular get such special treatment? I certainly understand that studios want to hold off releasing movies that they think will make serious money, which is why new entries in the “Halloween” and “Candyman” franchises are postponed. I’m not talking about those, I’m talking about probable bombs, movies that could only be relative successes in a climate where they’re the only game in town. I thought every studio had at least one lousy horror movie stashed away for just such an emergency. Somehow “Come Play” is the only movie from that stash, across however many studios, to make its way to theaters. This in spite of the opinion that it’s an uninteresting movie and the fact that its message is ill-timed for 2020.

Azhy Robertson stars as Oliver, a non-verbal autistic child who communicates with an electronic tablet. He’s always staring at screens, much to the chagrin of his mother (Gillian Jacobs), who wishes he would socialize more – especially with her. His father (John Gallagher Jr.) shies away from the hard parts of parenting and isn’t what Oliver needs. Other kids bully Oliver, probably because they don’t understand him, though the movie is inconsistent with what they don’t understand. In short, he needs a friend.

Also in need of a friend is Larry. Larry is a monster from another plane of existence. He communicates with Oliver through an electronic picture book, one that no character ever gets around to reading all the way through. Early parts of the book play up how Larry is shy and lonely and misunderstood. That might explain why he seemingly only exists to cause jump scares, because he’s skittish and awkward, but he means well. I kept holding out hope throughout the film that maybe Larry would ultimately turn out to be friendly and a victim of prejudice, but no, he’s the stereotypical malevolent child abductor trying to stir up sympathy.

Oliver’s parents try to protect their son, but they do a lousy job. They stay in their house long enough to pack bags when fleeing. They have him stay overnight at a poorly-lit parking lot that is scary enough without monsters. They don’t involve police or other authorities (I know the “monster from another realm” story is a tough sell, but they can just say that someone anonymous has been making threats). And worst of all, they keep letting Oliver go off on his own, over and over again, like the stupid horror movie characters they are. I can’t say I was rooting for Larry to abduct Oliver, but I was rooting for him to catch up and force a confrontation, because this is a movie where evasion isn’t anybody’s strong suit.

As for the ill-timed moral, Larry travels and attacks through electronic devices, so there’s a message about the need to put the screens away and look people in the eye. I’m sure this movie was written before the pandemic when such a message was laudable, but why release it now, when face-to-face interactions are highly discouraged (though ironically screens are seen as an excellent, practical substitutes)? It’s not like there was an urgent need to get this clumsily-edited movie with bad performances (from the adults, Robertson is fine) and an unscary Larry puppet into theaters, except that there happened to be a gap in the schedule this weekend.
But the joke’s on the studio for releasing “Come Play” this weekend. Yes, Friday the 30th is technically “in time for Halloween,” but there’s no time for the film to benefit from word of mouth (not that it would get it from me). That’s the real bad timing.

“Come Play” is playing in theaters, check local listings. The film is rated PG-13 for terror, some frightening images, and some language. Its running time is 105 minutes.