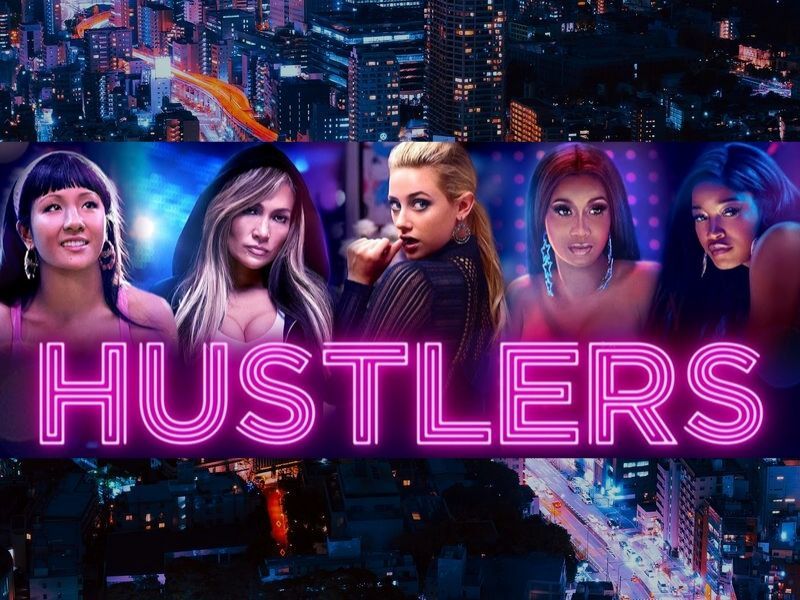 We get a movie like “Hustlers” about once a year. It’s a story, told through narration from the main character, about their role in a criminal operation, from its humble beginnings to its dizzying heights to its tragic downfall. Scorsese’s “Goodfellas” is the king of this genre, with the director’s “Casino” and “The Wolf of Wall Street” also prominent examples, along with recent entries like “War Dogs,” “American Made,” and to an extent, “The Mule.” The difference between those movies and “Hustlers” is that those movies generally use strippers as symbols of excess with barely any character. Here the strippers are the main characters, but there’s still plenty of excess.

Constance Wu stars as Dorothy aka Destiny and about a hundred other nicknames. She talks to a journalist (Julia Stiles) about joining the NYC strip club circuit in 2007, where she is taken under the wing of successful mainstay Ramona (Jennifer Lopez). Together they earn big tips from wealthy Wall Street types and go on shopping sprees where they pay for everything in singles. There’s a bit of a moral and legal gray area when it comes to pushing for intoxicated patrons to spend more money, but guys don’t want to go to the police to contest the bill at a strip club, so the women can fleece the men with relative impunity.

Then comes the financial crisis of 2008, which really hurts an industry dependent on the generosity of Wall Street scumbags. Dorothy and Ramona’s income dwindles until they’re having trouble making ends meet. Ramona hatches a plan: she, Dorothy, and two other dancers (Keke Palmer and Lili Reinhart), rather than wait for men to come to the club, will go to bars and seduce them into coming to the club and spending money. At first, this seduction takes the form of traditional wiles like sweet talk and sex appeal. But as the well of marks dries up, the women have to resort to more drastic measures, specifically drugging. The operation gradually gets sloppier, with complications like unreliable cohorts, injured marks, personal drama, dissention, and some guys actually minding that strippers are stealing thousands of dollars from them. Like the housing market, a collapse is inevitable.

Basically the biggest problem with the film is that it’s overly familiar. Even though I came in with no knowledge of the real-life story that serves as the basis for this movie, I had a pretty good idea of what beats the story would hit – how long the good times would last, when things would start going south, when the characters would turn on each other, etc. The only thing that really surprised me was how long the good times lasted, but that just means that the movie goes too long without much-needed obstacles. Also, the stakes seem rather low for this kind of movie. I thought the women would be stealing tens, maybe hundreds of thousands of dollars at a time, but it’s ones of thousands done many times. The legal consequences are pretty miniscule as well, and the one violent sequence is not as dire as it first appears.

But the appeal of “Hustlers” lies not in its overall story structure or key plot points, but in its small moments, where we see the women bond and support one another. These are complex, flawed, well-written characters, with the term “fleshed-out” never seeming more appropriate. Simply spending time with these women and observing their chemistry is enough to make this a compelling film. And yes, the scenes with Jennifer Lopez stripping only make the film more enjoyable.