The new film takes place long before the “Despicable Me” movies, but after 2015’s “Minions.” 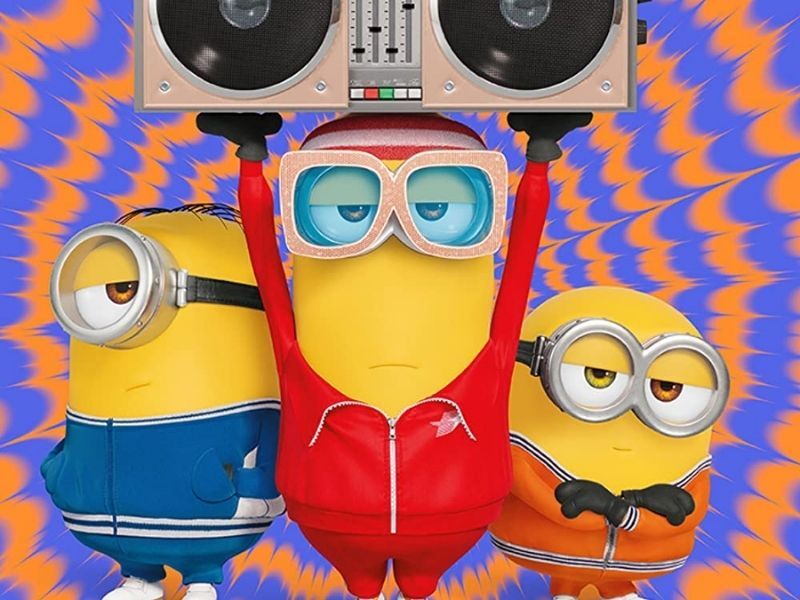 I believe the opening of “Minions: The Rise of Gru” represents an important milestone. If I’m correct, this is the last movie whose trailer I saw prior to the pandemic. I’ve made a ton of jokes about how many times I had to sit through the trailers for “Morbius” and “Top Gun: Maverick” before those movies opened, but unless I’m mistaken, this was the last holdout. Was the two-year-plus wait worth it? Not really. It’s not the disaster/punchline that “Morbius” was, but it isn’t up to the level of a crowd-pleasing smash like “Top Gun: Maverick,” either.

The new film takes place long before the “Despicable Me” movies, but after 2015’s “Minions.” 11-year-old Gru (Steve Carell, whose vaguely-Eastern-European accent is even more annoying when he adds childlike affectations) dreams of one day becoming a supervillain. Luckily there’s a spot open on the legendary squad known as the Vicious 6 since they kicked out founding member Wild Knuckles (Alan Arkin) right after he procured them a powerful relic. The Vicious 6, now led by Belle Bottom (Taraji P. Henson), dismiss Gru for being too young, and he retaliates by stealing the relic for himself. He’s soon abducted by Wild Knuckles, who is planning his comeback. Gru is simultaneously terrified and in awe of his favorite villain. Maybe as a side-project to the kidnapping, W.K. can mentor him on becoming a supervillain.

Of course, we can’t forget about the Minions’ role in all of this. Gru keeps a hoard of the happy henchman (all voiced by Pierre Coffin) in his mother’s basement. Unbeknownst to any of the villains, Gru gave the relic to a bumbler named Otto, who traded it for a Pet Rock. An irate Gru fires the entire Minion army as a result, but they’re loyal to a fault, and immediately organize a rescue effort when they learn their master has been abducted. Standouts Kevin, Stewart, and Bob track Gru to Wild Knuckles’ hideout in San Francisco, where they become kung fu masters at the hands of Master Chow (Michelle Yeoh, my favorite cast member in this movie, even though her appeal is based on her work on “Everything Everywhere All at Once” from earlier this year). Otto works on retrieving the relic via tricycle, while the Vicious 6 track Gru and Wild Knuckles. Like a certain Jack Nicholson movie that is curiously never mentioned, the whole thing is destined to end in San Francisco’s Chinatown.

The humor is exactly what you’d expect from a movie like this. The Minions live for physical comedy almost as much as they live to serve evildoers (an inexplicable morality, since they themselves don’t have an evil bone in their bodies). When the movie isn’t mining laughs from Minion mayhem, it mines laughs from the way they talk, which I think is mostly gibberish, though I definitely caught a few Spanish phrases in there. Whatever language it is, it’s high-pitched for maximum annoyance.

The target audience for “Minions: The Rise of Gru” is obviously kids, or more specifically families with kids looking for a group activity over the holiday weekend. This means that older kids and adults will be “dragged” to see this movie. There’s some stuff to like, usually involving Wild Knuckles or the Vicious 6 (my favorite member is sinister sister Nun-Chuck, by the way). But at least for me, there wasn’t enough of it. I’m sorry, but a little of Gru and the Minions goes a long way, and I can’t endorse a movie whose very title contains multiple characters and not one of them doesn’t grate on me.

“Minions: The Rise of Gru” is rated PG for some action/violence and rude humor. Its running time is 87 minutes.