Rep. Magnafici thanks and honors Chief of the Cushing Rural Fire Corporation, Merle Larson, for his fifty years of service to the people of the 28th Assembly District. 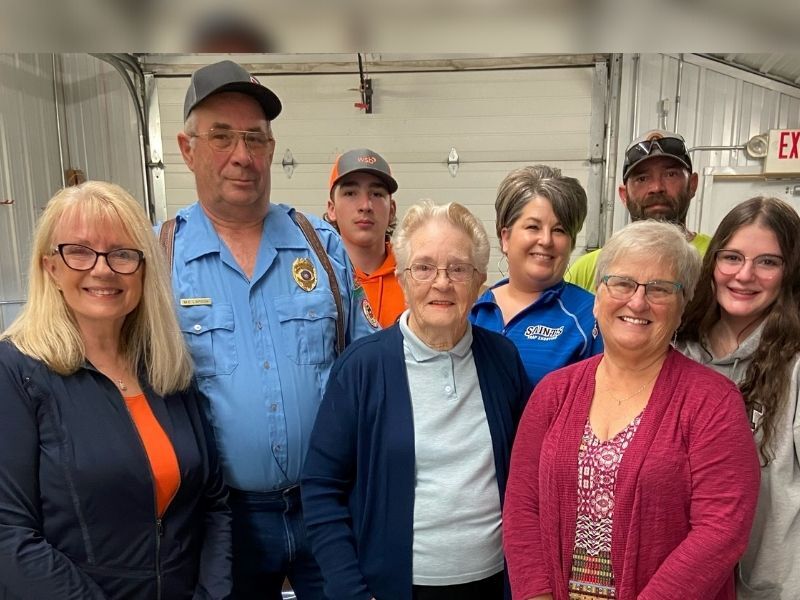 MADISON, WI -- Rep. Magnafici (R – Dresser) thanks and honors Chief of the Cushing Rural Fire Corporation, Merle Larson, for his fifty years of service to the people of the 28th Assembly District. Representative Magnafici said the following:

“For generations, the Larson Family has built upon a legacy of service to the Cushing community. Stanley Larson, the grandfather of Merle Larson, donated the land to build the first fire hall in Cushing. Merle’s father, Stanley, was a founding member of the Rural Cushing Fire Department. Merle served as Assistant Chief and became Fire Chief in 2004, a position he continues to dutifully discharge fifty years after his service to the community first began.

While with Cushing Fire, Merle was a pivotal contributor to the organization’s continued success. He has been influential with recruiting and retaining firefighters and working to professionalize the force, including modernizing gear and equipment, training, and the fire hall. Merle’s legacy and contributions will help Cushing Fire thrive for years to come.

In addition to his duties with Cushing Fire, Merle has worked with the State of Wisconsin Department of Natural Resources to coordinate Wildland Fire Protection and continues servicing as a DNR Structural Chief.

Merle was joined by his family and friends in a ceremony on May 9 to remember, honor, and celebrate his years of service. I am proud to honor Merle for his years of noble service to the Cushing Rural Fire Department, our community, and our state. His selfless dedication to his community speaks volumes to the quality of his character.