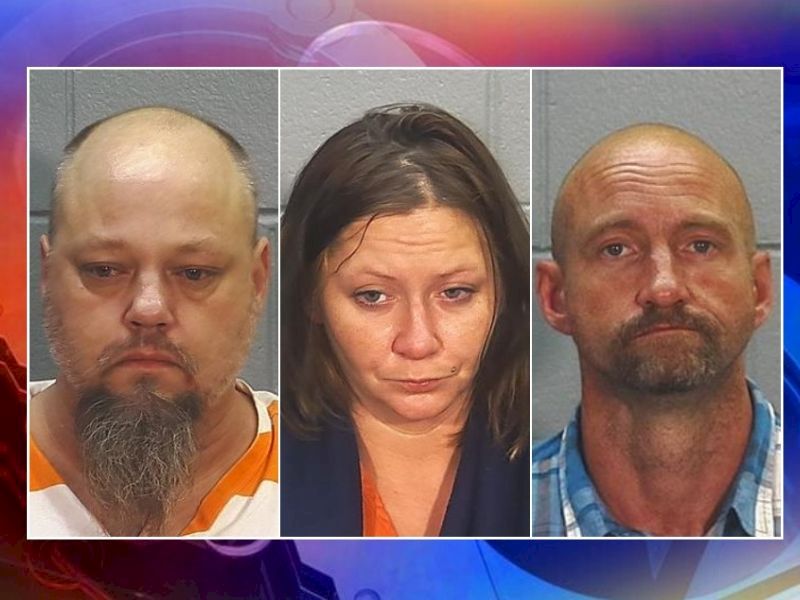 BURNETT COUNTY -- Criminal charges have been filed against 3 people after authorities executed a search warrant at a residence in the Village of Siren in Burnett County, WI in May 2020.

When Law Enforcement arrived at the residence on Capes Street, they located Troy Lanning, Gerard McKee, and Chelsea Lindmeier. When questioned, Lanning allegedly said that the 3 of them had been attempting to pool enough funds together to get a bigger shipment of methamphetamine, according to a criminal complaint filed against Lanning in Burnett County Circuit Court.

Authorities searched a vehicle parked at the residence, and inside the vehicle, found a loaded RUGER P90DC, a glass smoking device (which tested positive for meth), and over $300 in US Currency. Charges filed against Lindmeier include Class E Felony Possess w/Intent-Cocaine (>5-15g); Class I Felony Possession of Methamphetamine; and 3 counts of Misdemeanor Possession of Drug Paraphernalia. The charges against Lindmeier also were filed with the penalty enhancers of Party to a Crime and Repeater. Lindmeier was placed on a $2,500 cash bail bond at a hearing on May 13, 2020 which was posted a few days later. She appeared most recently on June 16, 2020 and is scheduled to appear again in August 2020. Charges of Misdemeanor Carry Concealed Weapon and Misdemeanor Possess Drug Paraphernalia, Party to a Crime were filed against McKee. He is scheduled to make an initial appearance in July 2020. No details are included in online circuit court records at the the time of this post as to any bail bond conditions for McKee. DrydenWire.com previously reported in November 2016 that Lanning had been sentenced in Burnett County Circuit Court to 10 years of probation for drug related convictions. Online circuit court records indicate that in 2018 Lanning was convicted of Class I Felony Possession of Methamphetamine, Party to a Crime, and received an additional 2 years of probation.