Dakota Gates allegedly made threats to kill police saying that if police would try to arrest him, “someone would die”. 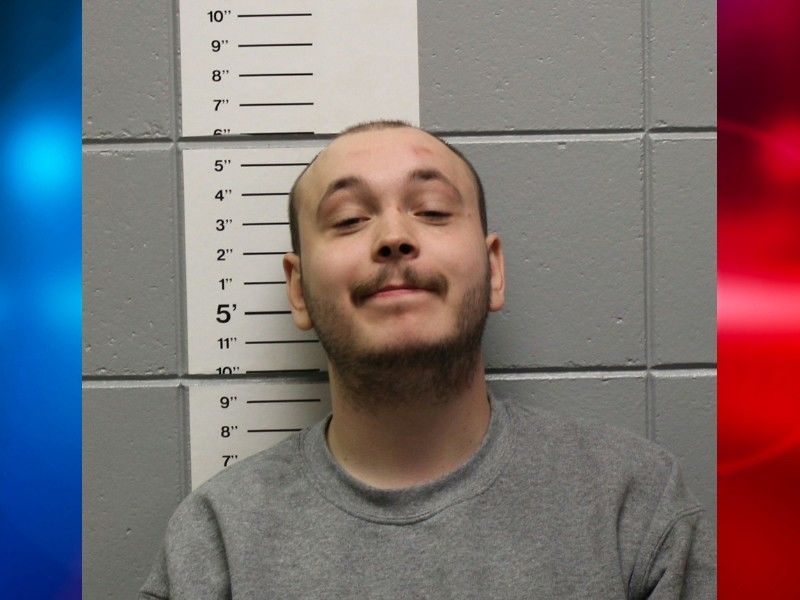 WASHBURN COUNTY -- Charges have been filed against Spooner, WI man Dakota Gates, following two incidents in which he allegedly caused injuries to a child, and then resisted arrest, arming himself with a hammer.

The criminal complaint filed in Washburn County Circuit Court states that on October 5, 2018, at around 1p, Spooner Police Officers responded to a report from Washburn County Health & Human Services that a child had been injured. The responding officer noted that the child had a black eye. The child stated that Dakota Gates had punched her repeatedly with a closed fist on the prior evening during an argument.

Officers went to a series of residences located in Spooner, WI, attempting to locate Gates. Shortly after 3p, law enforcement received a phone call from the Spooner Office of Probation and Parole, reporting that Gates was making threats to kill police saying that if police tried to arrest him, “someone would die”.

Multiple officers from the Spooner Police Department and the Washburn County Sheriff’s Office responded to Gates’ residence in Spooner, WI. The officers were advised that Gates was inside the residence, armed with a hammer and that he wanted the officers to kill him.

Officers were able to make phone contact with Gates and attempted to defuse the situation, however, Gates refused to exit the residence and told the officer that he was wearing multiple layers of clothing and that Tasers would be ineffective. Gates also made reference to Kevlar, saying that 9mm handgun rounds would not work.

Gates ended that phone call abruptly. Another phone call was attempted, and contact was made with someone else inside the residence, who said that Gates wanted the officers to “just shoot him in the head”, according to the criminal complaint.

Officers entered the residence and located Gates sitting on a couch, dressed in Carhartt winter wear, and holding a ball pein hammer in one hand. Gates said to one of the officers that if the officer approached Gates, he would steal the officer’s firearm, knock the officer out, and use it on himself.

After speaking with Gates for several minutes, asking him to put down the hammer and comply with orders, Gates refused to comply, instead allegedly standing up and taking a defensive stance before moving towards a hallway inside the residence.

The criminal complaint states that officers had knowledge that Gates may have additional weapons such as knives inside a bedroom in the residence. The officers did not allow Gates to get down the hallway, instead making contact with him and escorting him to the ground.  Gates struggled with the officers, kicking at them, while he was placed under arrest.

Gates was transported to the Washburn County Jail, where he once again resisted the officers as they attempted to escort him out of the squad vehicle. The criminal complaint goes on to say that Gates was making comments about how he took on “how many” of the officers.

Charges filed against Gates include Class G Felony Physical Abuse of Child - Intentionally Cause Great Bodily Harm, Class H Felony Threat to Law Enforcement Officer, Class I Felony Failure to Comply with Officer’s Attempt to Take Person Into Custody, and Misdemeanor Resisting an Officer. These charges all include a penalty enhancer for Repeater, because Gates was convicted of two felony charges in previous Washburn County Cases filed against him in 2017.

Gates made an initial appearance on his charges on October 22, 2018, and is scheduled to appear again later this month.