A Spooner, WI woman was sentenced after entering her guilty pleas on charges of Child Neglect, Possession of Methamphetamine, and Felony Bail Jumping in Burnett County Circuit Court. 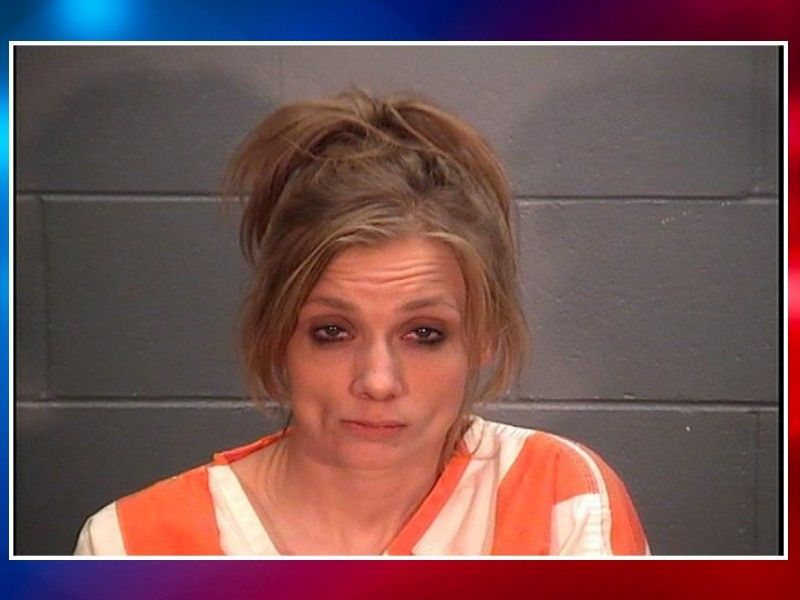 DrydenWire.com reported previously that Williams was facing charges of Child Neglect following an investigation begun in early 2017 by Burnett County Department of Health and Human Service and Burnett County Law Enforcement revealed that children living in Williams’ home tested positive for exposure to methamphetamine. In December 2017 Williams was involved in an incident at the Hertel Casino which was investigated by the St. Croix Tribal Police Department leading to the discovery of methamphetamine, a digital scale and smoking devices.

Williams was ordered to maintain absolute sobriety. Conditions of Williams’ sentence include completion of the Washburn County Drug Court Program. If any sobriety tests on Williams produce a positive result for controlled substances, Williams faces 90 days of conditional jail time.

BURNETT COUNTY -- At an Initial Appearance hearing on January 17, 2018, Burnett County Circuit Court ordered a $20 cash bond for Spooner woman, Kayla Williams, regarding new felony charges for Class I Possession of Methamphetamine, Class H Felony Bail Jumping, and Misdemeanor Possess Drug Paraphernalia that were filed against her on January 16, 2018.

DrydenWire.com previously reported on April 5, 2017, that Williams was charged in Burnett County Circuit Court with Second Degree Recklessly Endangering Safety, a Class G Felony, and Misdemeanor Child Neglect following an investigation which revealed that a hair follicle test conducted on a child living in a Burnett County residence with William that gave a result positive for amphetamines and methamphetamines.

The criminal complaint filed against Williams on January 16, 2018, states that on December 30, 2017, the Hertel Casino contacted the St. Croix Tribal Police Department to advise that they were about to tell 4 people to leave the casino because of suspected drug activity. These 4 people were ultimately identified as Kayla Williams, Sienna Red Cloud, Travis Kraft and another male.

A search of the vehicle revealed the following items inside a zebra patterned bag: a clear plastic bag containing white powder which later tested positive for methamphetamine, 10 empty plastic gem baggies, a silver case with a digital scale inside, 2 glass “smoking” pipes, and a metal spoon with white powder on it, along with other items. The criminal complaint goes on to state that although Williams said that the zebra patterned bag belonged to her, she denied knowledge of the items found inside.

According to online circuit court records, Williams was initially placed on a $250 cash bail bond on January 2, 2018, regarding her new charges.

When Williams made her Initial Appearance in Burnett County Circuit Court on January 17, 2018, the Court amended her bond to a $20.00 cash bail bond with $1,500 signature and other conditions including that Williams undergo Alcohol and Drug Assessment, apply to treatment facilities, maintain residence with family in Spooner, keep her attorney and the Court apprised of her progress, and abide by a curfew of 8:00 PM to 7:30 AM. She is scheduled to appear again in March 2018.

A criminal complaint has also been filed against Sienna Red Cloud, of Gordon, WI, and states that she told law enforcement that they found the baggies on the ground. A charge of Class I Felony Possession of Methamphetamine is filed against Red Cloud. According to online circuit court records, Red Cloud was placed on $1,000 signature bond on January 2, 2018. She is scheduled for an initial appearance on her charges later this month.

Although no record was found by DrydenWire.com for any new charges filed against Kraft from this incident at the Hertel Casino, online circuit court records show that Kraft is facing criminal charges in Sawyer County Circuit Court: 3 charges of Class F Felony Manufacture/Deliver Amphetamine and 1 charge of Class I Felony Possession of Methamphetamine in 2 separate cases filed against him in December 2017. Details of those cases are not known to DrydenWire.com at this time.

DrydenWire.com was not able to locate any record of new charges being filed against the second male party involved in this incident, so his name is not included in this story.

Felony charges have been filed in Burnett County Circuit Court against Kayla Williams, of Webster, WI after an investigation revealed that she had allegedly been exposing her child to methamphetamine.

According to the criminal complaint, in January of 2017, Burnett County Health and Human Services Department followed up on two reports the Department received which cited concerns that Williams was using methamphetamine and possibly heroin in her residence while her child was in the residence.

Based on their investigation, social workers took the 10-year-old child into protective custody on January 26, 2017. The criminal complaint states further that the child's father gave permission for a hair follicle test to be conducted on the child's hair to determine if the child had been exposed to meth.

Results of the hair follicle testing were received on February 10, 2017, and showed that the child tested positive for amphetamines and methamphetamine. The positive result indicates that the child was exposed to meth in her environment, where she lived with her mother Williams. This exposure recklessly endangering the child's health and safety and welfare, according to the criminal complaint.

The complaint continues stating that Williams admitted on record on February 27 that she has a “very serious drug addiction” and that Williams also disclosed to a Burnett County Social Worker on that same day that she is an active user of methamphetamine.

Williams is charged with Second Degree Recklessly Endangering Safety, a Class G Felony, and Misdemeanor Child Neglect. If convicted of these charges, Williams could face a maximum sentence of 10 years and 9 months confinement in state prison.

Public record shows that Williams was previously convicted for Felony Possession of Methamphetamine in November of 2013 in Washburn County Circuit Court.