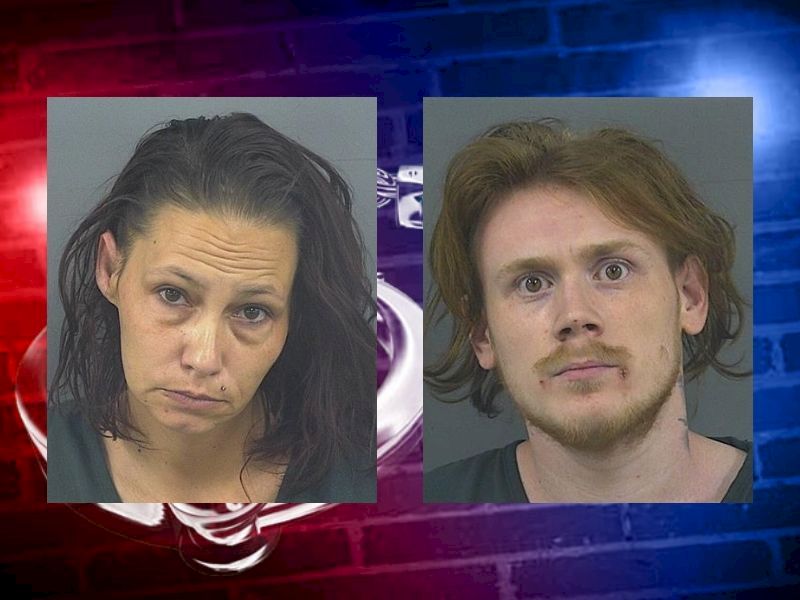 SAWYER COUNTY -- Felony charges have been filed against three individuals following a methamphetamine bust in Sawyer County during which firearms, meth, and syringes were located in a bedroom which adults were sharing with a 3-year-old child.

A traffic stop conducted by a Sawyer County Sheriff’s Deputy on the evening of May 3, 2020, led to the discovery of methamphetamine in the vehicle according to a criminal complaint filed in Sawyer County Circuit Court.

The Deputy ran a registration check of a vehicle that passed the Deputy’s location and according to information received, learned that the registered owner did not have a valid driver’s license. Upon stopping the vehicle, the female driver of the vehicle was identified as Mandy Maynard. After observing an open container of alcohol inside the vehicle as well as a wrapper containing green leafy material, the Deputy detained both Maynard and a passenger in the vehicle while waiting for additional Law Enforcement to respond to the scene.

Note: at the time of this post, no charges against the passenger were located in online circuit court records, so their name is not included here. No booking photo was available for the driver (Maynard).

Based upon information discovered during the traffic stop, Deputies learned that the methamphetamine discovered in the vehicle had allegedly been purchased from Jeffery Splain and Heather Gortemoller while at a residence in the Village of Radisson. Deputies obtained a search warrant for that residence, and although Splain and Gortemoller were not located there, Deputies did find a syringe loaded with suspected controlled substances and a small smoking device.

Splain and Gortemoller were ultimately located at a residence in Winter, WI, and taken into custody. The owners of the residence gave consent for the Deputies to search the residence.

Splain and Gortemoller both allegedly admitted to having methamphetamine in their bedroom at the residence where they were located. A 3-year-old child was also sharing that bedroom, according to the criminal complaint, which goes on to state that two firearms, a .22 caliber rifle and a .410 shotgun, and methamphetamine were found within reach of the child. Law Enforcement also located a metal weighing scale, multiple used syringes, and multiple smoking devices.

Law Enforcement conducted interviews with Splain and Gortemoller who allegedly admitted that they had ‘just’ purchased 21 grams of methamphetamine from a female in Hinckley before selling nearly 20 grams of the methamphetamine to three different individuals.