Todd York, Sentenced To Life For Murdering His Parents In 1988, Granted Release 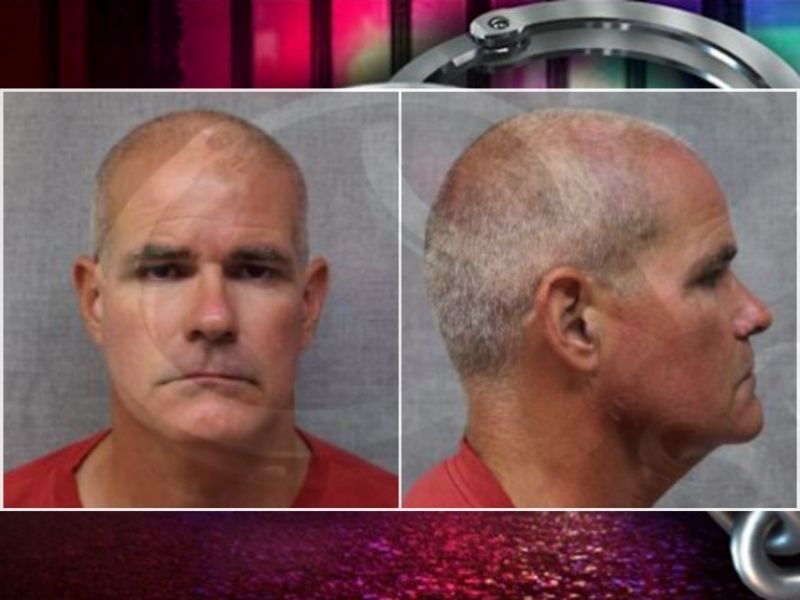 SPOONER, WI — The Wisconsin Parole Commission has approved release on parole on an interstate compact plan for Todd York, convicted of the 1988 murder of his parents William and Wanda York in Washburn County.

Documents received from the Wisconsin Department of Corrections in response to an open records request by DrydenWire.com state that the Commission determined that Todd’s “release at this time would not involve an unreasonable risk to the public; your institutional conduct has been satisfactory; you have served sufficient time for punishment; and your program participation has been satisfactory”.

Todd has served approximately 32 years and 6 months of the life sentence that he received for his conviction on two counts of First Degree Murder for the deaths of his parents in 1988.

A criminal complaint that was filed against Todd York in Washburn County Circuit Court states that on September 12, 1988, the Washburn County Sheriff’s Office was asked to check on the welfare of William & Wanda York because they had not been seen since the previous weekend and people were becoming concerned.

While en route to the York’s residence, a Sheriff’s Deputy saw Todd York driving Wanda’s white Mercury Cougar. The Deputy had knowledge that Wanda did not ever let Todd drive that car, so the situation seemed unusual to the Deputy, according to the criminal complaint that was filed against Todd.

The Deputy continued on to the York’s residence. Inside the residence, the Deputy found the bodies of William and Wanda, deceased from apparent gunshot wounds to their heads. The Deputy immediately contacted the Sheriff and sealed the residence. The complaint filed against Todd goes on to say that the Sheriff's Office caused “a bulletin to be broadcast to locate” York.

A short time later, a Spooner Police Officer saw Todd pumping gas into the Mercury Cougar at a gas station in the City of Spooner. Todd was taken into custody and transported to the Washburn County Sheriff’s Office for questioning.

During his interview, Todd stated that on September 8, 1988, he became engaged in an argument with his father and mother, William and Wanda. The argument escalated into pushing between Todd and William. Todd left the house to go for a walk.

When Todd returned to the residence, he went into William's office and took a .30-.30 caliber, bolt action Savage rifle from the office. Todd then went to his own room downstairs where he loaded the firearm. Todd stated that he then went back upstairs, pausing briefly on the landing. Todd heard William and Wanda talking about putting the defendant in a group home or treatment center out of state. Todd then shot William once in the head, turned, and shot Wanda once in the head.

Without checking on their condition, Todd took the firearm back to his room, placed it under the bedspread, and then left the residence. He returned to the residence over the next few days to shower and change.

The Washburn County Sheriff obtained a search warrant for the residence and later in the afternoon of September 12, 1988, entered the residence with a team from the Wisconsin State Crime Laboratory and the County Coroner.

It was later confirmed by the Crime Lab that the gunshot wounds were the cause of death for William and Wanda.

A criminal complaint was filed against Todd on October 5, 1988, charging him with two counts of Class A Felony 1st Degree Murder.

In 1989 Todd escaped from the custody of the Washburn County jail by sawing through metal bars on a window to the outside, according to a criminal complaint filed against him charging him with Class D Felony Escape-Criminal Arrest. Todd later pleaded guilty to those charges.

The Wisconsin Department of Corrections Offender Locator website indicates that Todd was eligible for parole in March of 2021.

A Parole Commission Action Summary dated July 28, 2021, was issued to DrydenWire.com in the Open Records Request response and states that the Commission conducted an extensive review of York’s conviction history and his conduct while in the custody of the Department of Corrections. The Commission also received numerous letters of support for Todd’s release.

Todd is being released to the State of Illinois on an interstate compact plan. Details regarding Todd’s location in Illinois were not included in the summary nor available in online records.

The Commission’s summary indicates that Todd stated he will have “a large support network and several opportunities for possible employment”.

According to the Wisconsin Department of Corrections website, Todd York was released on parole effective August 10, 2021.