The victim is identified as 51-year-old Dale Peach from Dresser, Wisconsin POLK COUNTY -- Polk County Sheriff Brent Waak has released the name of the victim in the fatal crash that occurred on February 12, 2020 in the Village of Dresser. The victim is identified as 51-year-old Dale Peach from Dresser, Wisconsin. 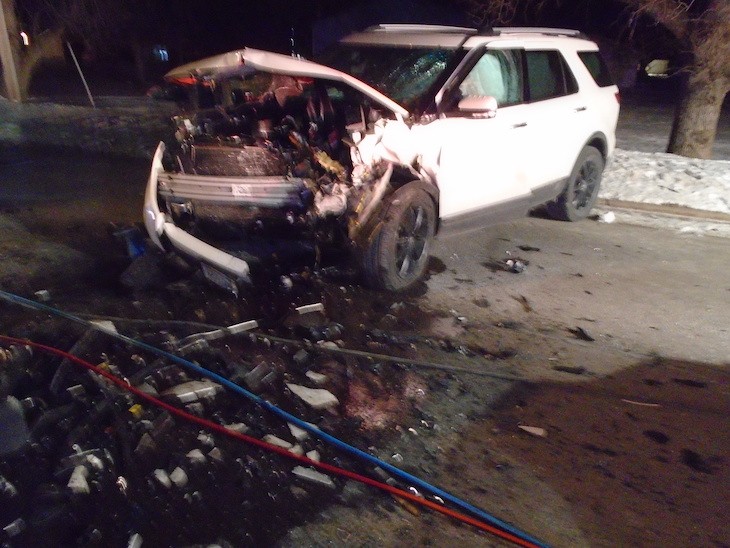 POLK COUNTY -- A multi-vehicle crash on Wednesday night in the Village of Dresser has resulted in a fatality and injuries to others, according to a press release from the Polk County Sheriff's Office.

(Press Release) -- On February 12th, 2020 at approximately 6:35 PM the Polk County Sheriff’s Office responded to STH 35 just north of 1st Street, in the Village of Dresser for a two car accident with injuries. A southbound red colored, Ford Escape driven by a single male occupant collided head on with a White colored, Ford Explorer driven by a female occupant and also occupied by a juvenile passenger.

Allied First & Dresser Fire along with Lakes Area and Osceola Ambulances responded to the scene. State Highway 35 was closed while fire and first responders worked at extricating the driver of the Ford Escape.  That driver was subsequently extricated and transported to the Osceola Medical Center. The driver of that vehicle suffered critical injuries and died at the hospital (name currently withheld).

Additional information to be released at a later time.