Criminal Complaint: 'Due to the fact that Russell was parked in the middle of the road, sleeping or passed out behind the wheel, with a bottle of Vodka sitting on the seat next to him, and he blew a .10 on the PBT, Russell was placed under arrest for OWI.' 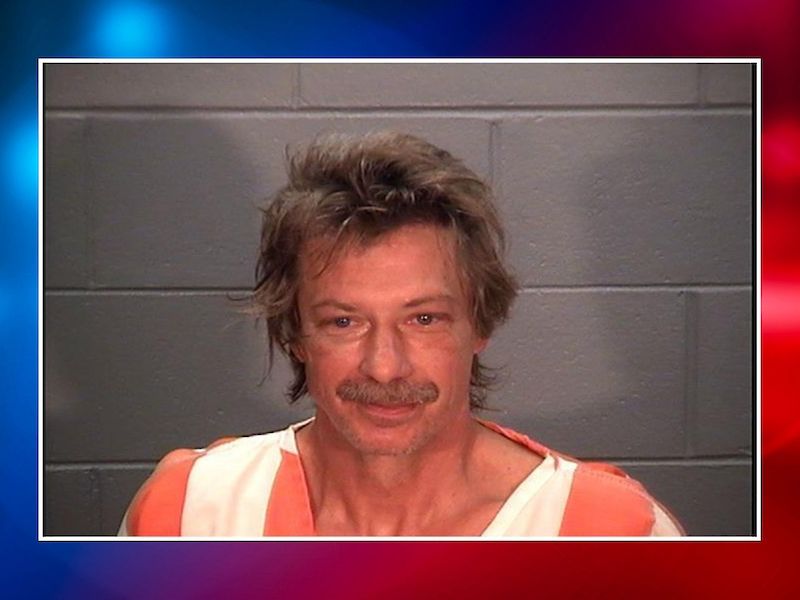 BURNETT COUNTY -- A Danbury, WI man is facing charges of Operating While Intoxicated (OWI) 8th Offense after Burnett County Sheriff’s Deputies found him in his vehicle parked in the travel lanes of Midtown Road in Meenon Township.

Russell Lindbom is charged with Class F Felony OWI 8th Offense, Misdemeanor Operate Motor Vehicle While Revoked and Class F Felony Operating While Prohibited Alcohol Concentration - 8th Offense. The criminal complaint filed against Lindbom states that on May 7, 2018, just after 6a, Burnett County Deputies responded to a report of a vehicle parked in the travel lanes of Midtown Road in the area of Old 35 Road.

Responding deputies approached the vehicle, an older black Chevrolet truck, which was running, and saw that both the male driver and the female passenger were asleep. The driver was identified as Russell Lindbom. Officers could also see an open bottle of vodka between the driver and the passenger.

Deputies woke up Lindbom, who said that they were stopped there because of a clutch problem with the truck and that they were waiting for a ride. The deputies noted that Lindbom’s speech was clear and they did not detect any odor of alcohol, however, due to prior contact with Lindbom, the deputies were aware that he is an “experienced drinker and can function normally at high blood alcohol levels”.

Lindbom agreed to a preliminary breath test, which showed a result of .103. The criminal complaint goes on to state that “Due to the fact that Russell was parked in the middle of the road, sleeping or passed out behind the wheel, with a bottle of Vodka sitting on the seat next to him, and he blew a .10 on the PBT, Russell was placed under arrest for OWI.”

When asked why he was parked in the middle of a roadway, Lindbom said that he was not driving and again said that they were only there because of a problem with the clutch on the vehicle.

Lindbom was taken to the Burnett Medical Center for an evidentiary blood draw, the results of which showed that his blood alcohol level was .109.

A preliminary breath test was also conducted with the female passenger, who told deputies that she had not been drinking, however, the result of that test was .08. She was taken to a residence, where an individual inside the residence said that she could stay.

Online circuit court records show that on May 7, 2018, Lindbom appeared for a bail bond hearing in Burnett County Circuit Court and was placed on a $2,000 cash bail bond that was posted later that same day. Lindbom appeared most recently on September 12, 2018, for a preliminary examination hearing at which time the Court found probable cause to bind his case over for trial. He is scheduled to have a pre-trial conference hearing on his charges later this week.

If convicted of Class F Felony OWI 8th Offense or Class F Felony Operating With Prohibited Alcohol Concentration-8th Offense Lindbom faces a possible maximum sentence of 12 years and 6 months confinement in state prison, a maximum fine of $25,000, or both.

According to online circuit court records, Lindbom is also facing charges of Class H Felony Bail Jumping, Misdemeanor Disorderly Conduct - Domestic Abuse/Use of a Dangerous Weapon, Domestic Disorderly Conduct, and Misdemeanor Operate While Revoked filed against him in several other cases in Burnett County Circuit Court. Details of those cases are not known to DrydenWire.com at this time.