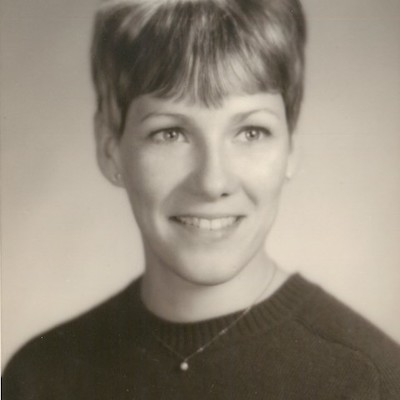 In Memory of Diane Hedin

Diane Elizabeth was born December 19, 1946 in Robbinsdale, MN the daughter of Paul and Arleda (Bearl) Cyr. She was raised in Anoka, MN and graduated from high school there in 1964.  Diane attended St. Cloud State University where she was a three sport athlete playing volleyball, basketball, and catcher for their first collegiate softball team and was awarded their Woman Athlete of the Year Achievement. In 1969, Diane graduated from St. Cloud State with a major in education and a minor in health. Diane then began her career with Hayward High School as a physical education and health teacher. Diane also became the volleyball coach and head varsity softball coach where she impacted many lives throughout her tenure. She was an active Union member who fought for equal pay amongst teachers and coaches and celebrated retirement after a 35 year career. After retirement, she continued to assist the high school softball team. On May 27, 1972 Diane was joined in marriage to James Hedin in Anoka, MN. Following, they welcomed their son Paul and shortly after daughter Jaime and was their biggest fan in all they did. Diane enjoyed sketching and all kinds of sports related activities including golfing, fishing, hunting and canoeing in Canada with her husband and close friends. Diane was also an original member of the Hayward Community Choir for over thirty years and First Lutheran Church. For many years she volunteered with Habitat for Humanity, Lumberjack Bowl Championships among many other various community events. Her true joy over the past few years has been hosting her Annual Grandma & Grandpa Camp for her grandchildren. She will be greatly missed amongst the community, but most of all from her family.

A memorial service celebrating Diane’s life will be held at noon on Thursday, October 3rd, at First Lutheran Church in Hayward with Pastor Joel Bacon officiating.  A gathering will be held from 11:00 a.m. until the time of service at the church at 12 p.m. on October 3rd.