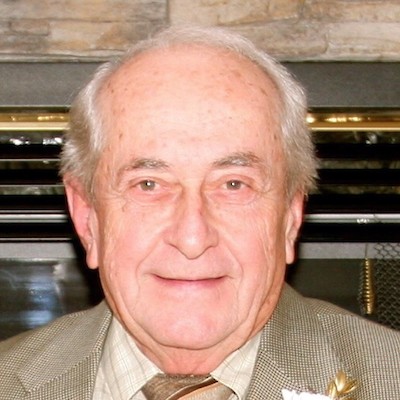 In Memory of Elton Miller

Elton was born on May 15, 1932 in LaGrange, Indiana to his Amish parents, Joseph and Fannie Miller.

Elton grew up in Northern Indiana and attended school through the eighth grade. On November 22, 1956 he married Freda Miller and settled near Bremen, Indiana. Elton worked as a carpenter installing kitchen cabinets until the Fall of 1972 when he and Freda bought a dairy farm and moved to Spooner, Wisconsin where he has lived and farmed for the last 47 years.

Elton was a talented musician. He played piano, organ, fiddle, mandolin and sang. He led music and accompanied singing at church his entire adult life. Elton was a talented woodworker and builder. He always loved taking on projects and his handiwork can be found in many places throughout his home and church. As a father, grandfather, great grandfather and member of the community; he will be missed by all those who knew him.

Above all, Elton was a dedicated Christian man who believed in God and the truth of the Bible. He was a founding member of Trego Community Church where he faithfully attended and liberally gave of his time, talent and finances.

A 9:00 o'clock visitation and 10:00 o'clock funeral will be held on July 16, 2019 at Trego Community Church in Trego, Wisconsin. Pastor Bill Lee officiating and music provided by family and friends. Burial will be at the Anah Cemetery with a lunch to follow at the Family farm