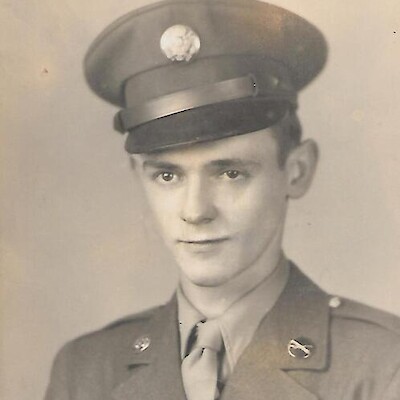 In Memory of Russell E. Atkinson

Russell was born on October 6, 1923 in Dewey Township, Burnett County to parents Cyrus and Marjorie (Walker) Atkinson. He grew up on the family farm and attended McCarty School through eighth grade.

He married the love of his life, Dorothy Engle on November 1, 1942. They lived in Dewey Township and Red Wing, MN until Russell was drafted. He served in the Philippines and Japan. After his return, they moved to Webster, WI then to St. Paul, MN until their retirement in 1985. After their retirement they divided their time between Webster, WI and Rockport, TX.

The funeral services will take place on Wednesday, October 5, 2022 at 11:00 AM (visitation from 10:00 - 11:00 AM) at Swedberg-Taylor Funeral Home, Siren. Interment will follow at the Hertel Lakeview Cemetery in LaFollette Township, WI.