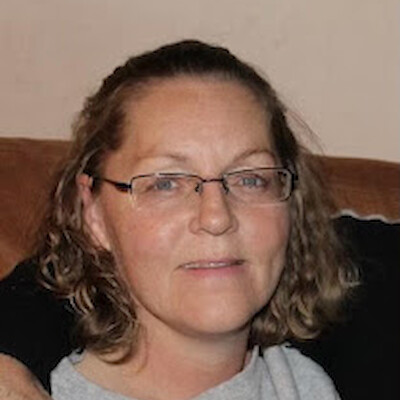 In Memory of Tammy Levy

Tammy Jean Levy Age 53, of St. Croix Falls, WI died on Tuesday, September 7, 2021 after a lengthy battle with cancer with family by her side at the Heritage Lakeside Nursing Home in Rice Lake, WI.

Tammy was born on October 18, 1967 in Cumberland, WI to Norman Levy and Nancy Schaffer/Johnson and baptized at the Christ Lutheran Church Pipe Lake.

Tammy grew up in Shell Lake, WI where she later raised her daughter Brittany. Tammy’s hobbies were cooking, baking, and spending time with animals which were usually stray animals. Tammy took pride in her personal appearance which was shown when she ran for Miss Shell Lake in the mid 80’s and then after. Tammy loved being around others which fit perfect with her various opportunities as a waitress throughout her life. Tammy was very proud of her daughter Brittany and her granddaughter Arri and talked about them and shared pictures and stories often.

She is preceded in death by her brother Reggie Levy, grandparents Teresa and Edd Levy, Jean and Vic Schaffer, and aunt Marsha Johnson.

Celebration of Life for Tammy will be Wednesday, September 15, 2021 from 4-7pm at the County Line Pavilion, Comstock, WI.

Appleyard’s Home for Funerals in Rice Lake, WI is in charge of arrangements.