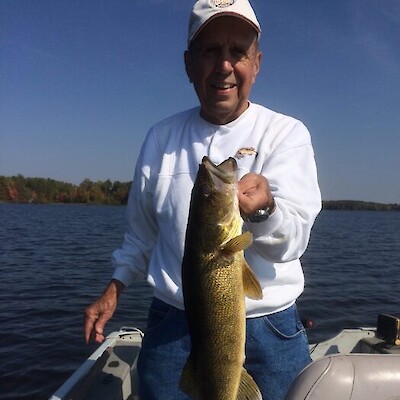 In Memory of William McMahon Jr.

He was united in marriage to Barbara Grace Flint on January 31, 1953.

Bill proudly served his country in the Army National Guard. He owned and operated a successful HVAC company in Hoffman Estates, IL, before being called to the great Northwoods. Bill’s next door business friend, Reggie Wolf, had built a resort up north (Tiger Musky), Bill took a trip up and fell in love with the Hayward area and the Chippewa Flowage. He and his wife vacationed there several years, with Bill having his dream of eventually moving there and the time finally arrived.  He and Barbara built the Golden Fawn Resort from the ground up in 1972. He loved his life on the flowage where he enjoyed the wildlife and was an avid fisherman.

In addition to his parents, Bill was preceded in death by his brothers, Robert and Lewis McMahon.